This morning’s run was at an altitude of 1700 metres. Johannesburg is a city of trees built on rolling hills on a high plateau in the middle of South Africa where the rocks were once filled with gold and the plains hosted huge herds of antelope and other game. Both are now gone, replaced by a vibrant African city that epitomises everything good, and bad, about the new South Africa.

None of that mattered particularly on the run this morning. Fellow runners came in all shapes, sizes and colours, as did the impatient drivers in their flashy SUVs breaking the traffic laws, driving straight through the red lights and making road crossings highly hazardous for a country runner like me. The spring has broken through here, birds busily building nests in all those trees, gardens blooming with early flowers.  As I ran along the suburban streets up the final hill, lungs heaving in the oxygen depleted air and on the point of giving up, The Boss came on the headphones and told me we were “Born to Run”.  Up came the head, out went the chest and I sucked in the thin air and pushed up the hill triumphantly kicking with my heels.  One step closer to fitness.

Back on the farm rain and mild weather have brought in the spring with the first flowering bulbs, the crocus like Babinia fragrens. A veritable trove of light and colour is everywhere, the crisp lime green of the leucodendrons, the brilliant scarlet of Microloma tenufolio climbing through the branches of Mulratia heisteria, the delicate lilac of Morea tripetala, the endless tiny bells of many different Ericas in assorted pastels and much more that has emerged in the last month.

It has been a week of travel, in Geneva and Johannesburg. I am already looking forward to Monday morning, and a damp cool run with the wolfhounds to see what’s flowering next. 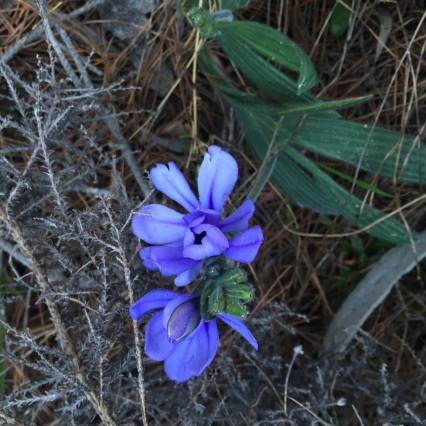 Gleaming in the early morning light

Exquisite Ericas all over the farm 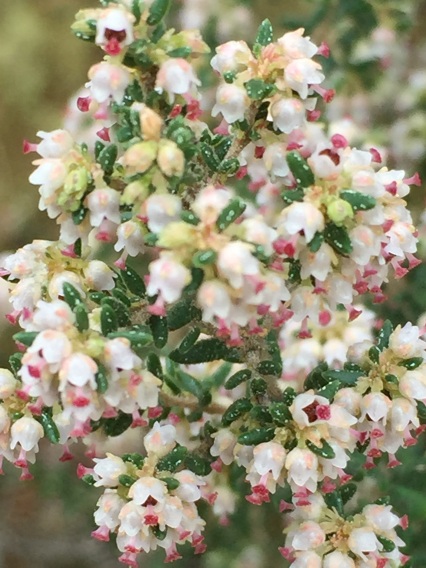 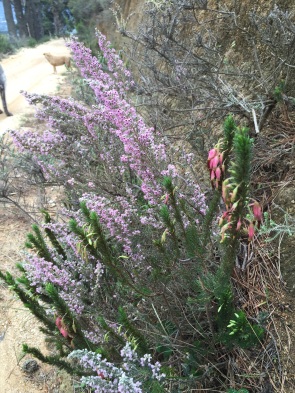 Pale pink Ericas on the drive 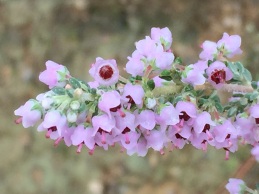 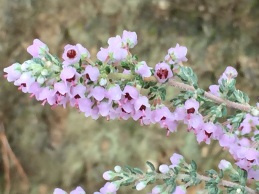 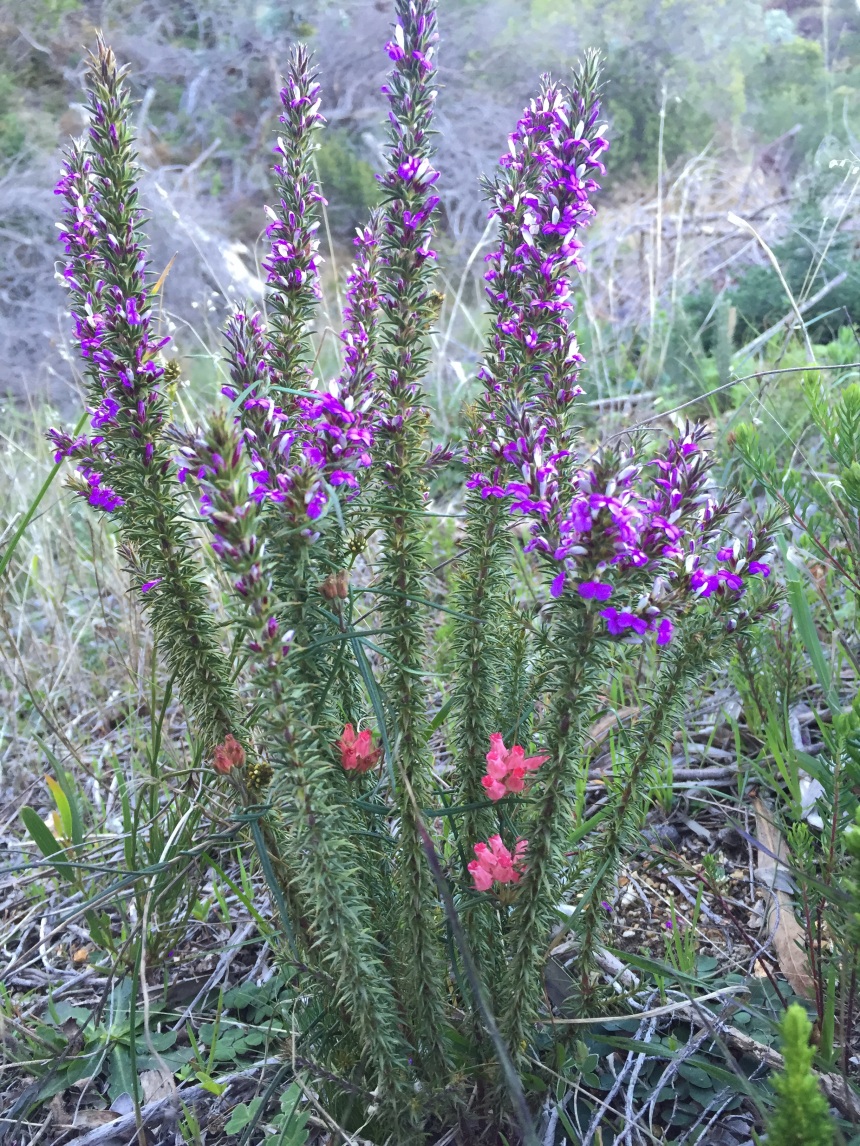 Lobostemon fruticosus which will now flower for several months 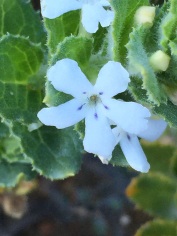 Morea tripetala, like a tiny tiny Iris, grows along the drive, and in other cool damp places