The dogs are my constant and enthsiastic companions on this mission.  Seamus is the large Irish Wolfhound, he most definitely thinks he owns the place.  Maebh is a younger Irish Wolfhound, she is hard to capture as she is 18 months old and never stops moving.  Jemima Chew is what South Africans call a Pavement Special.  She is a huntress of note and like me struggles to keep her figure quite as svelte as she’d like!

Seamus after his dip admiring the view

Scene from The Hobbit, starring Seamus and Maebh 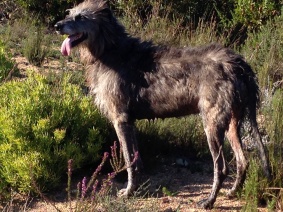 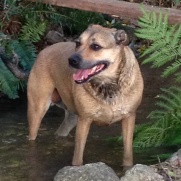 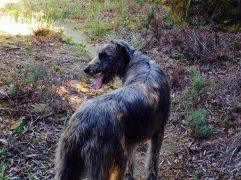 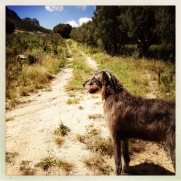 Seamus – king of the mountain 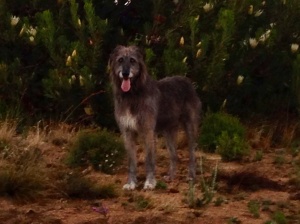 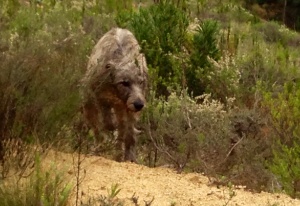 Maebh on the move