So there I was last Tuesday.  Filled with good intentions on a beautiful morning.  I choose to deviate from our usual morning route so that we could go a bit higher and check out some places we don’t always visit for new flowers.  The first bit of that route is a bit steep and being morning, when I’m never at my brightest, I wasn’t paying proper attention.  The thing is, I’ve always had a tendency to sprain my ankles, but they don’t tend to get sprained when you run, it’s more likely when you walk.  I put my foot down on a fallen twig, lying on an uneven bit of road, and… Crunch!!!  Screeech!!!  There are things, many things that are more painful than a sprained ankle but not many that take your breath away quite so much in the first instants of the sprain.  I was hopping, swearing, hoping it wasn’t a really bad one – it’s hard to tell in the first moments.  Feeling sick and cross I hobbled home, followed by some very disappointed dogs.  It wasn’t a very bad sprain.  Experience has taught me that RICE is best.  Rest, Ice, Compression and Elevation.  And lots of anti-inflammatory cream.

A week later it’s still a bit swollen but we’ve had enough of sitting at home and I always feel horrible when I can’t go running, so we are going to strap up tight and head up the mountain tomorrow.

Meanwhile the blog has suffered.  As I couldn’t do a wide ranging run, I thought I would do something different.  I stopped the car on the drive, and in the interest of not walking far, I photographed every single flower on just one side of the drive within a five metre range.  So here you are: five metres of fynbos.

First up is one that I absolutely love.  It’s very common and quite a scruffy little thing at a distant – white or pinkish flowers on spiky leaved stems, it took me a long time to identify it properly.  The thing about it is that if you photograph it in close up, very close up, on a windless day and with a steady hand, the flower heads look like bunches of tiny roses.  It’s called Anaxeton laeve and it’s serruptitiously gorgeous.  I confess that I stopped at just that point of the drive because I’ve been wanting to feature Anaxeton laeve for a while. 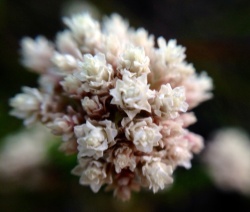 Lots of other flowers live nearby.  There is one I haven’t identified, a pretty apricot coloured daisy which I don’t think we’ve blogged before.  And the blue Geissorhiza aspera which is very common.  It’s a lovely flower and this example was a little tatty but they did grow in this five metre stretch.

Eight other species were to be found along this little stretch.  These are all wild, all in flower at just this time of year.  I’m not sure that every five metres on the farm would yield so much – though some sections would yield many more.  We’ll do it again, just for fun.  In the meantime I can’t wait to run tomorrow and I know the run will yield some very happy dogs; I hope it also yields some exiting new spring flowers. 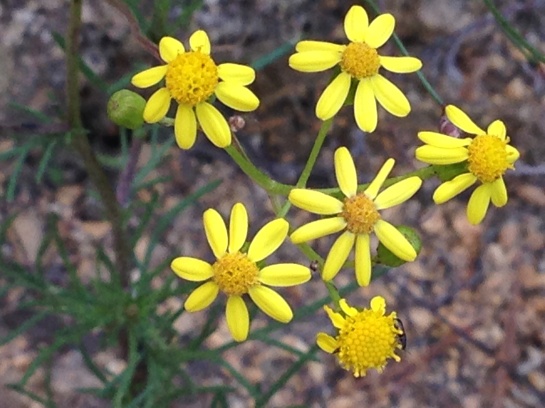 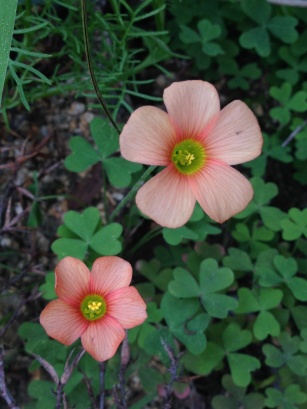 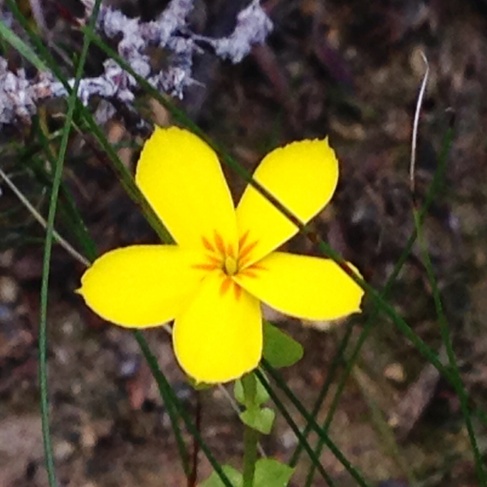 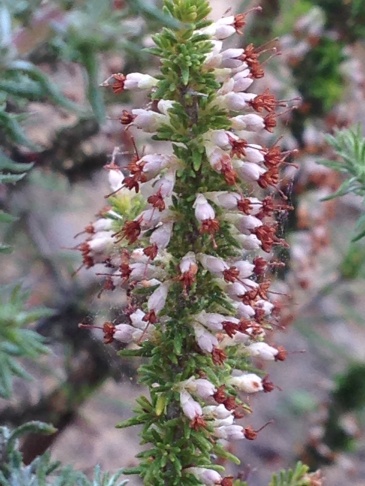