The dogs and I didn’t spend enough time on the mountain in November.  Travel, work and just general life intervened.  The drought is now official and serious and the fynbos has not been as wonderfully exuberant and extravagant as in other years.  Although we didn’t get much rainfall, it wasn’t a terribly hot month, just as well because a quick blast of heat over the weekend led to fires breaking out (or being started, many are the fault of arsonists) all over the Cape.  It is going to be a frightening year.

We’ll keep running in December and looking forward to getting fitter and enjoying some more time in the fynbos.

Even if the flowers are not as many, there is still a huge number and variety.  Early in the month it’s Aristea Capitata that throws lovely blue spikes down the drive.  They are the first in a series of blue flowers that break out all over the mountain, Pseudoselago serrata or powderpuffs, the charming Cyanella hyachinthoides or lady’s hand, and a blue pea type ball that looks like an Otholobium but I really need to check it with the experts. 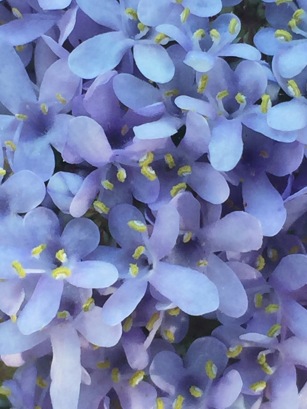 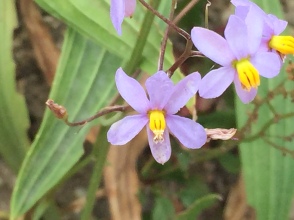 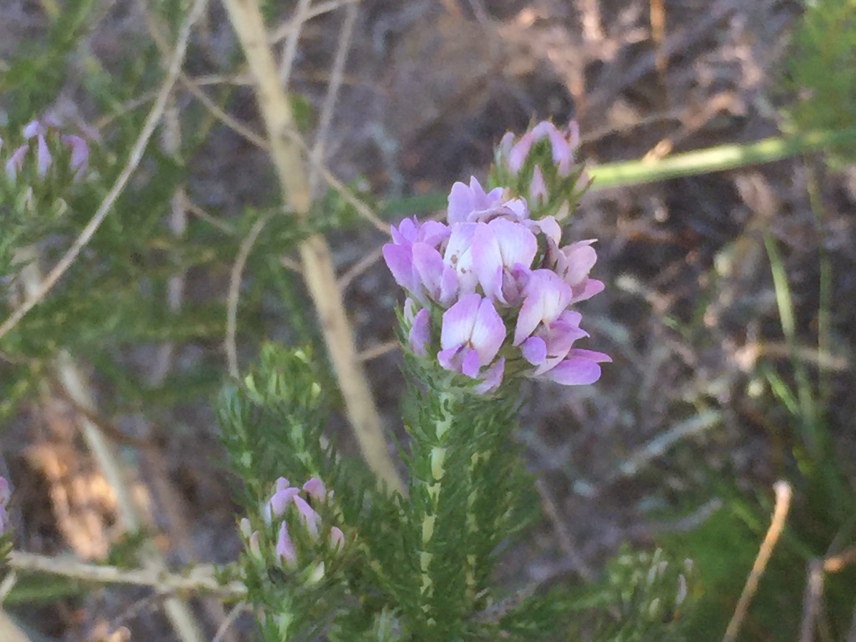 These orange spikes of Microdon dubious sparkle along the roads in mid-spring.

I’m not sure what this one is – a Watsonia perhaps?  It grows in the protea garden and it’s possible that it was planted there and doesn’t belong on the mountain at all, but more likely that it is something wild, a seed dropped by a bird? 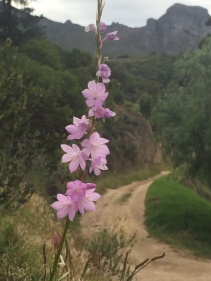 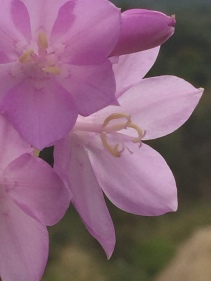 I do know exactly what this is – so pretty and clumps of it emerge all over the farm in late November, Tritonia undulata. 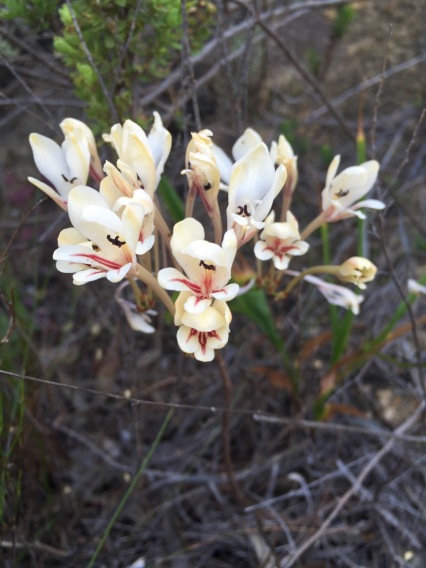 All over Europe summer plantings in pots and baskets include a pretty grey leaved plant – Helichrysum.  Here the Helichrysum grows wild and in lots of different varieties.  One of the most common is Helichrysum cymosum and the farm is covered in these soft grey plants with yellow flowers.

Another early summer flower that I love to see is the Metalasia dense.  These grow on prickly shrubs with woolly white heads.  When the camera zooms in the flower heads look like bunches of tiny roses.  Exquisite. 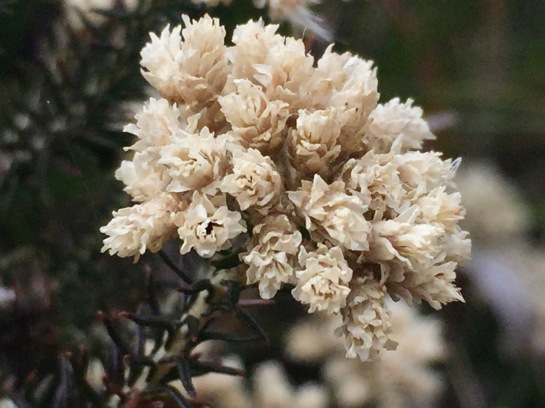 Some things flower for long seasons.  One of the first brilliant flowers to appear after summer is the Microloma tenuifolium, it is still glowing coral red all over the mountain as it wends and weaves it’s way through host plants.  The waxy petal throw back lot of light which gives a surreal feel to the photo and the colour always photographs a bit more pink than the coral we see with the naked eye.

Montinia caryophyllacea is a lovely low shrub, another with a long flowering season and prolific all over our mountains.